How to Talk to Teens About Vaping

How to Talk to Teens About Vaping

Are you concerned about the recent reports of teens being rushed to the hospital after vaping? The vaping problem is only getting worse. This is how we talk to teens and change the way they think about vaping. 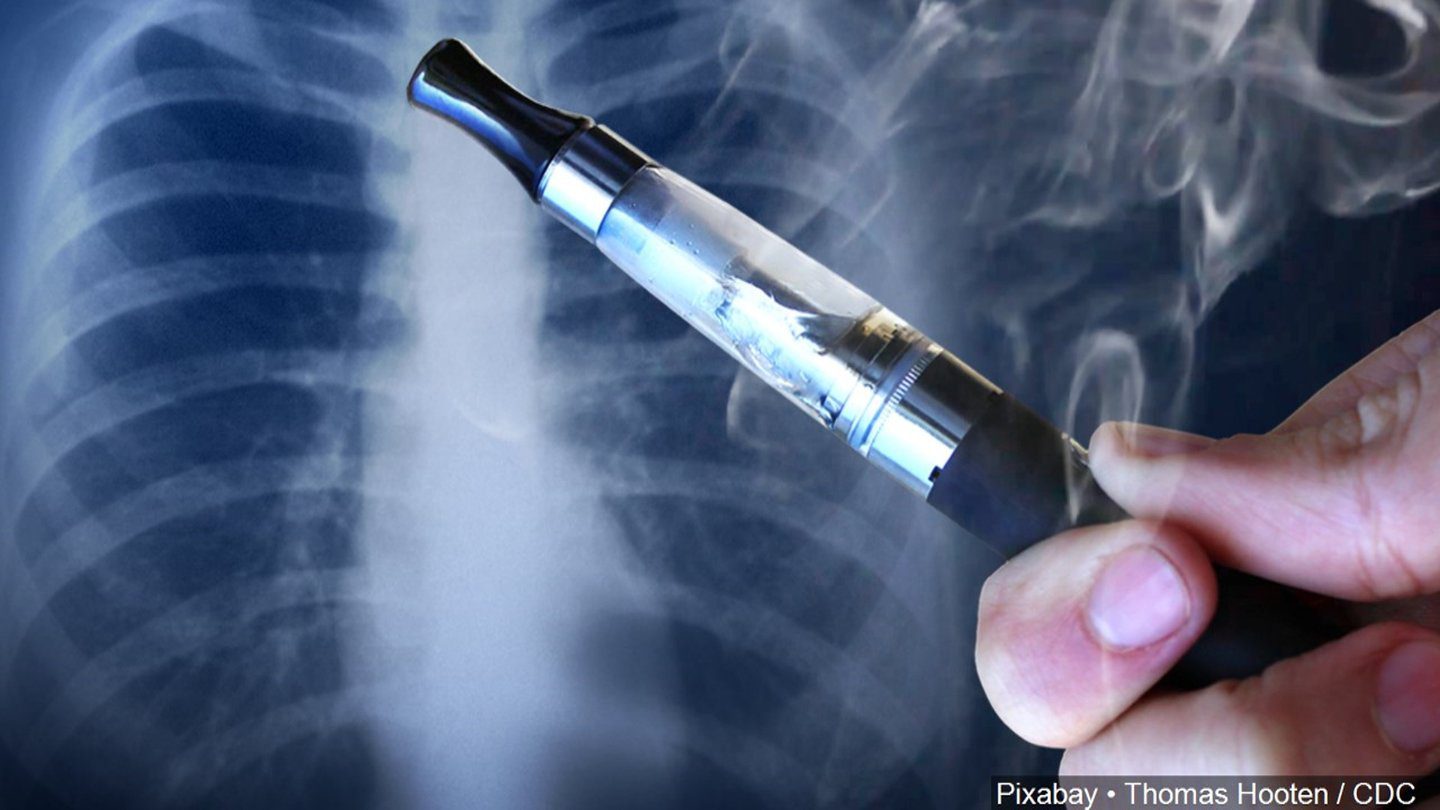 Nationwide, the Centers for Disease Control and Prevention says there have been 450 possible lung- related illnesses associated with using e-cigarettes. The CDC also confirms six deaths associated with vaping. The American Vaping Association, a pro vaping industry organization, is responding to the adverse reactions reported nationwide, saying millions of adults vape nicotine each month without issue.  The organization claims, “It’s more likely that products causing lung damage contain THC or illegal drugs.” A preliminary investigation of the vaping injuries point towards the use of illicit marijuana vaping devices, but does not mean millions of JUUL users have nothing to worry about. According to the US Food and Drug Administration, more than 3.6 million teens use vaping devices like JUUL and PHIX, devices that were originally intended to wean smokers off tobacco but have quickly turned kids into nicotine addicts.

I started Juuling a lot my senior year of high school, 2/3 years ago. It wasn’t until March of 2018 where I started having trouble breathing. The ER said I had a viral illness and sent me home. The next day I developed a cough as well and was worse..A friend saved my life and woke up me up because I was breathing shallow. I Went back to the hospital and they started doing every test they could think of because they had no idea what was going on. I wasn’t getting enough oxygen and developed respiratory failure and respiratory distress syndrome so I was moved into the ICU. The next morning I was put on a ventilator and on life support because I wasn’t able to breathe on my own. They had to put tubes down my throat and put me in a medical induced coma for a week. Every test came back negative. And I was getting worse…they told my family that I wasn’t going to make it. I woke up a week later and was told I had gotten a very rare pneumonia from vaping and that one of my lungs had collapsed and that they are going to be “damaged forever.” I had to learn how to walk, eat, basic life stuff all over again. Was told I would have to stay at rehab for a year or more. Not only has the JUUL effected me physically, but also mentally. So here I am writing my “story” because everyone needs to know that vaping/smoking is NOT worth the chance. Quit before you have to go through this. #Dangersofvaping #vapingcommunity #smokingkills #juul

Cara Fraser said she was nervous to post about the time she was placed in a medically induced coma for seven days because she couldn’t breathe on her own. At one point during the March 2018 ordeal, doctors told her family to “prepare themselves” because they didn’t think she was going to make it.

Fraser, who was 19 at the time, told BuzzFeed News she had originally only told family and close friends that it was likely her Juuling habit that put her there, but after seeing reports about other people being hospitalized with vaping-related lung injuries she felt like she should do something.

“I just really wanted to help one person,” said Fraser, who started vaping when she was 17. “Not only was it hard physically it was very hard mentally to go through that. I didn’t want anyone else to go through it.”

Vaping devices hit the scene when I was a School Resource Officer in 2012. I saw firsthand how quickly the technology was impacting children in middle and high school. If the allure of a new shiny electronic devices wasn’t enough, they taste delicious. Flavors like gummy bear, juicy fruit, and cotton-candy make them easy to try. Who are these flavors intended for when the legal age to purchase them is 21 years-old in most states? Clearly, it’s not adults. The vaping industry is targeting children. These devices check-off all the things teens find desirable: New technology, delicious flavors, discrete, Apple-esque look, trendy, and the nicotine rush. If you think we are in an uphill battle, you are right.

How do we talk to teens about vaping and make a difference?

I teach an assembly to teens on this subject, it is called, The Truth About Vaping. Studies have shown drug awareness programs presented to teens have not historically been successful because merely telling a child, “this is bad, it will hurt you,” has not been a convincing argument. This may be due to their brain development. Their prefrontal cortex, the part of the brain used for higher-level decision making, is not fully developed until the mid to late 20’s. Because teens’ prefrontal cortex is underdeveloped, they rely on their mid-brain. The mid-brain is used for basic primal decisions like fight-or-flight, pleasure, impulsiveness, and other instinctual behaviors. Once you understand this, your teen’s erratic, impulsive, risk taking behavior begins to make sense. With this in mind, I’ve been using a different and successful tactic. I reveal the vaping industry’s game plan to market an extremely addictive product to them. They are the modern snake oil salesmen. The vaping industry, JUUL, Soren, and PHIX to name a few, are literally ripping off big tobacco’s marketing plan from 60 years ago. They are selling the same lie big tobacco did 60 years ago: It is safe, it is cool, and it is okay around others. I systematically break down each of these lies. The response I get from students is they are angry that the vaping industry thinks they are dumb enough to fall for it. Is this realization enough to counter the nature of adolescence itself? In the eyes of a teenager, vaping is stylish, everyone is doing it, and it’s enticingly forbidden. I recently presented The Truth About Vaping to a Southern California high school with more than 3000 students. Every student was given an anonymous online survey after the assembly and asked if the talk changed the way they think about vaping. Twenty percent of the students who identified themselves as either a current e-cigarette user or thinking about using, said the talk significantly changed their mind and would not use or continue to use vaping devices.

The federal government is finally starting to take the vaping epidemic seriously. That’s good, but parents can’t wait and hope the government will do anything timely to protect their children. We have no time to waste. Ninety percent of all adults who are addicted to anything, became addicted before the age of eighteen. This means, if a teen gets addicted to nicotine or something else, they will likely be addicted for life. We must make a difference today in our children’s lives. The number one safety factor in a child’s life is a parent who talks to their child about important issues. How do you talk to your child about vaping? I have created two resources I provide at my parent seminars on vaping.

Please download them and begin a dialog with your child about vaping before they start. If you learn your child has already started vaping and possibly addicted, contact your local school district’s counseling office and ask for vaping/cigarette and marijuana cessation programs available in your area. Many of these programs are free.

Having the facts makes you a more effective parent. Attend one of our parent seminars. We cover cyber safety, vaping/marijuana abuse, and violence prevention. Find an event near you.

For more information about parent or student vaping presentation, please visit our website.

If you would like to know how to host a student vaping assembly or parent vaping seminar, fill out our contact form and a Cyber Safety Cop team member will get back to you.