Can Someone Hack my Computer’s Camera?

Can Someone Hack my Computer’s Camera?

2014 Miss Teen USA, Cassidy Wolf, launched a cybercrime awareness campaign after being a victim of computer hacking and extortion. A high school classmate, Jared James Abrahams, gained access to her computer’s webcam and “sextorted” her with private photos taken without her knowledge — many while she dressed/undressed in her room. “I was hysterical, scared, violated & had NO IDEA what to do,” she wrote on Facebook. “This person had control over all my accounts and was threatening to post pictures of me changing onto my social media accounts,” Wolf explained at the time. Her allegations and an ensuing investigation led to Abrahams’ arrest last year. At the conclusion of his trial, Abrahams was sentenced to 18 months in prison on charges of extortion and computer hacking. It’s estimated that he gained access to more than 150 computers over two years; after taking over his victims’ social media accounts pages, he’d hack their webcams and turn them on remotely. This is where the “sextortion” began. He would then let his victims know of one way (and only one way) they could avoid their photos being made public: sending over more naked shots. In some cases, he also asked for “performances” over Skype.1 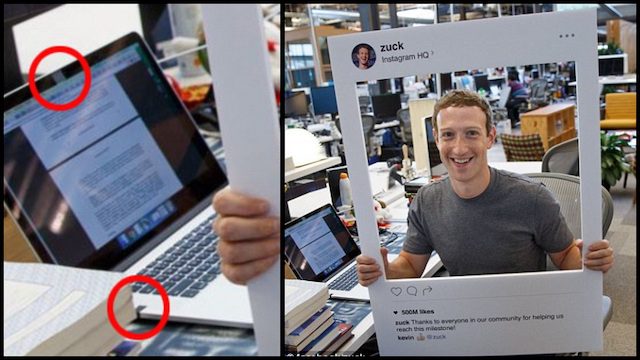 You may be asking yourself, is this something I should be concerned about? You know who’s concerned about this? Mark Zuckerberg and most digital security professionals. Mark Zuckerberg is the owner of the largest social media company in the world. He can afford the best web safety professionals and security technology, but he puts tape over his laptop’s camera and microphone.

According to a 2013 report in tech news site Ars Technica, sites such as Hack Forums contain threads full of people comparing and trading images of “slaves”, people whose computers they have broken into and taken control of. “One woman targeted by the California ‘sextortionist’ Luis Mijangos wouldn’t leave her dorm room for a week after Mijangos turned her laptop into a sophisticated bugging device,” Ars’ Nate Anderson wrote. “Mijangos began taunting her with information gleaned from offline conversations.”2

How to Protect Yourself from Webcam Hacking

By this time, you’ve found the answer to the question “Can someone hack my computer camera?” Unfortunately, the answer is “yes.” However, there are some ways you can do to keep hackers from spying on you or your children.5 Here are some of the preventive measures you can take:

Learn to protect yourself from hacking, phishing, predators, cyberbullying and much more in the definitive guide to online safety for families, Parenting in the Digital World.