How to talk to your child about posting images or words that could be construed as a violent threat. 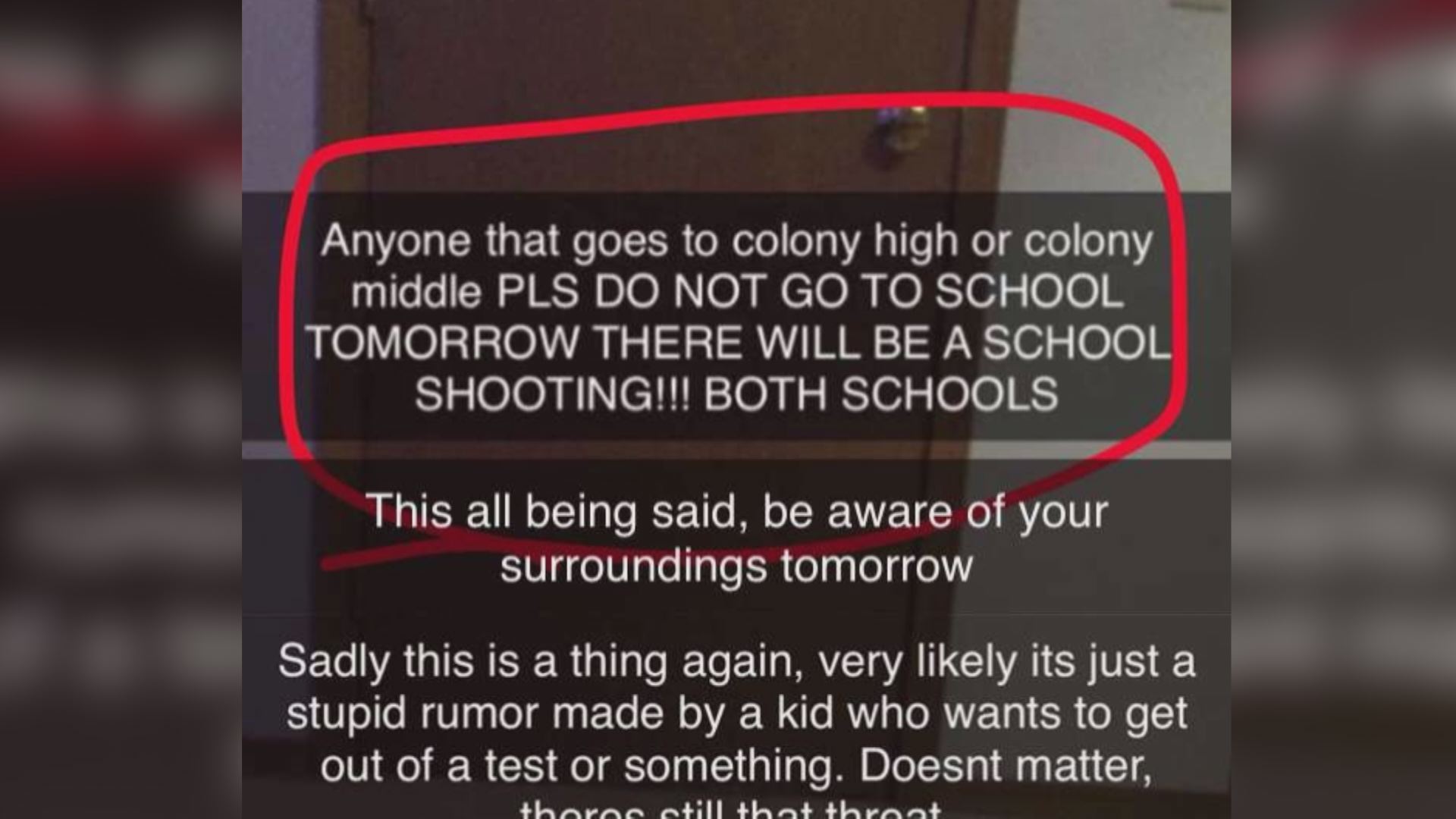 On August 25, 2019, Alaska authorities arrested two 13-year-old students for planning to bring a gun to their school and shoot people, the Juneau Police Department said in a press release.

Officers took the juveniles into custody Thursday morning at Floyd Dryden Middle School after receiving a report the previous night. It’s among the latest in a string of arrests for mass violence threats since the back-to-back shootings this month that killed 31 people in El Paso and Dayton, Ohio.

A classmate overheard the male students discuss the shooting plans. The student’s parents reported the threat to police. The Juneau School District Superintendent, Bridget Weiss said, “We really want students to know there are significant consequences now to making threats like this…Words and pictures matter.” They do indeed.

I served on my county’s Behavioral Threat Assessment team and conducted more than one hundred threat assessment investigations. The majority of my inquiries were students who said something inappropriate, in-person or online, that sounded like a violent threat. These “threats” usually boiled down to be nothing more than an inappropriate joke. What the student didn’t realize, in this concerning climate of school shootings, the consequences for their “joke” was severe. Most people don’t understand what makes a threat a felony crime. The threatener does not need to intend to carry out the threat whatsoever. The words or pictures merely need to be threatening and cause fear in the intended victim. Saying you didn’t mean it or it was just a joke will not suffice anymore. Even if a student doesn’t get arrested, they can count on being expelled.

Every student that landed in an interview with me always said the same thing, “I didn’t know this could happen to me.” Their juvenile brain couldn’t control their impulsive anger or consider the consequences of their actions. Schools are moving to a zero-tolerance position when it comes to threats. There is little room for error on the part of the student or school.

What Parents Can Do:

In my student assembly, I have an open and frank discussion with students about this problem. You need to do this too with your child. Sit down with your child and ask them if they have heard about the recent shootings? Ask them if someone said something about weapons or hurting someone online, what do they think would happen? Would it matter if it was a joke? Tell your child you want to give them a simple way of thinking about this so they won’t make a mistake. Share my rule with your child: The Airport Rule.

All students know this rule when they walk through airport security. We don’t bring weapons into the airport, and we don’t say, “I have a bomb or a gun, or I’m going to cut you, or shoot you, etc.” Any of those words will land you in big trouble. It doesn’t matter if you are joking. We are going to apply the Airport Rule to school and our social media.

Social media provides little to no context for our words. Jokes or violent song lyrics can sometimes be interpreted as a threat. Once a remark online has caused a disruption at the school, the student who made that remark may be subject to school discipline.

Lastly, tell your child, almost all of the shootings they hear about, someone knew the suspect was making threats before it happened and didn’t tell anyone. Tell them how important it is to let you know if they hear someone is talking about wanting to hurt themselves or others. They have an opportunity to help that person and protect their friends.

Educate yourself about social media and how to intervene in your child’s digital world if necessary. We speak to parents at schools throughout the United States. Find a class near you or find out how to bring a seminar to your child’s school. Read the definitive guide for online safety for families, Parenting in the Digital World. If you haven’t already, subscribe to our newsletter. Install Bark on your child’s phone. Bark will passively monitor your child’s social media and let you know if there is a problem. Use the promo code, “cybersafetycop” to get 15% off.

Lastly, use he social media links below to share this article and newsletter with your friends. Help spread awareness and cyber safety in your community.