How to Empower our Children Against Bullying

How to Empower our Children Against Bullying 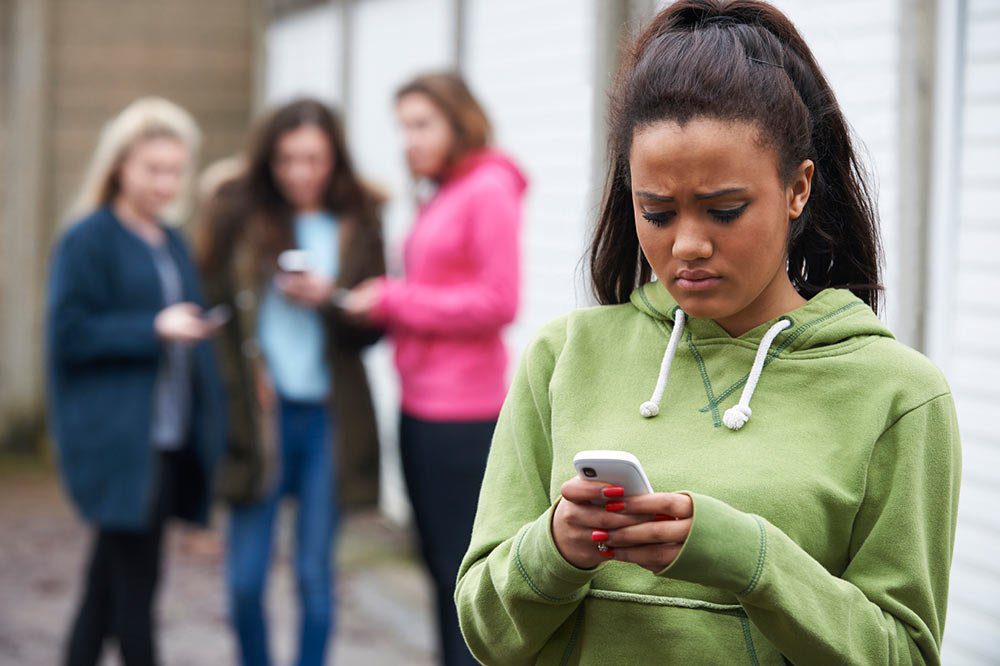 Jill’s first day of high school was a hopeful one. After two and a half years of torment by the hands of three girls in middle school, Jill was finally free of the daily feeling of dread she had been experiencing. The three girls were her friends when she was in the sixth grade, but the relationship turned sour when Jill was selected to be on the dance team, and the alpha-member of the three was not. Everything changed for Jill on that day. The exclusion during recess and harsh looks didn’t end at school. Jill was subjected to ridicule on social media. Her evenings and weekends were filled with anxiety. She would lay in bed at night unable to sleep wondering what were they saying about her now on Instagram.

Jill felt like all that was behind her now.  She turned the corner in the hallway to her first class, and there they were. The three girls that had been the source of her torment were standing in the middle of the hall as if they were waiting for her. They burst into laughter when they saw her. Jill could feel her insides melt. There it was, the old feeling of despair had returned. The tightness in her chest threatened to choke her. She pushed past them and winced when she heard “bi**h…sl*t” uttered under their breaths.

I found Jill in the counselor’s office, sobbing uncontrollably. All she could say was, “I wish I were dead, I don’t want to be here,” over and over again. Sadly, Jill’s story is not unique.

In a recent study from Rutgers University, girls are more often bullied than boys and are more likely to consider, plan, or attempt suicide.

You may be asking, aren’t boys bullied? How is this different? Yes, boys are bullied. Bullying among boys is often physical. Schools are cracking down on physical bullying which people can see — making them more preventable by school officials.

Among girls, bullying is often the kind that’s not visible. It’s often relational bullying, such as excluding someone from activities and social circles or spreading rumors about them. The actions are not overt. This type of bullying can go on for a long time without anyone else knowing, and it does. I have conducted thousands of bullying investigations as a school resource officer, and the teen girl-on-girl bullying is often the worse kind. It’s not that it is more violent or extreme than boy-on-boy bulling. It’s a grinding down process that can span years.

School should understand the differences in bullying and how we might better address females who are bullied. Parents need to understand the differences too and not look at bullying as a right of passage. Telling your child, “everyone gets bullied. You have to buck up. Stand up for yourself,” will not address the harmful effects bullying is having on our children. Bullying today, with the advent of social media, is fundamentally different than the bullying today’s parents faced when they were teens. We need to empower our children against bullying. Here are four ways we can do just that.

1. Model compassionate, respectful relationships from the time your child is small.

As a professional threat assessor, I have learned, victims beget victims. Children who experience the trauma of bullying will often become bullies themselves. As parents, we need to raise our children in loving, respectful relationships, rather than relationships that use power or force to control them. Children learn both sides of every relationship, and they can mimic either one. Disciplining children by yelling and belittling them will teach them that bullying is okay.

2. Teach your child how the dynamics of bullying works.

Research shows that bullies begin with verbal harassment. How the “victim” responds to the first verbal aggression determines whether the bully continues to target this particular child. If the aggression gives the bully what he’s looking for – a feeling of power from successfully pushing the other child’s buttons – the aggression will generally escalate. It’s imperative to discuss this issue with every child BEFORE they might be subject to bullying, so they can stand up for themselves successfully when a bully first “tests” them.

3. Teach your child how to respond to teasing and bullying.

Roleplay with your child how she can stand up to a bully. Point out to your child that the bully wants to provoke a response that makes the bully feel powerful, so showing emotion and fighting back is exactly what the bully feeds off of. Explain that while your child can’t control the bully, she can always control her own response.

The best strategy is always to maintain one’s own dignity, and to let the “bully” maintain his dignity. In other words, to keep your dignity while withdrawing from the situation, and not to attack or demean the other person. To do this, remember this three-step process:

Educate yourself about social media and how to intervene in your child’s digital world if necessary. We speak to parents at schools throughout the United States. Find a class near you or find out how to bring a seminar to your child’s school. Read the definitive guide for online safety for families, Parenting in the Digital World. If you haven’t already, subscribe to our newsletter. Install Bark on your child’s phone. Bark will passively monitor your child’s social media and let you know if there is a problem. Use the promo code, “cybersafetycop” to get 15% off.

Lastly, use he social media links below to share this article and newsletter with your friends. Help spread awareness and cyber safety in your community.