How to Set Up Parental Controls in iOS 12

How to Set Up Parental Controls in iOS 12 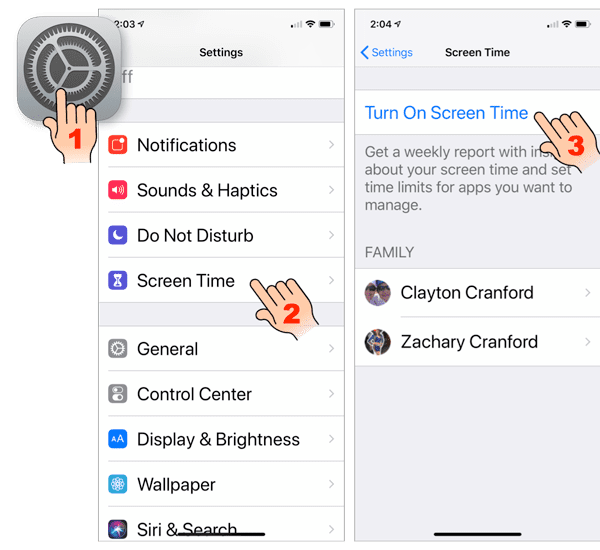 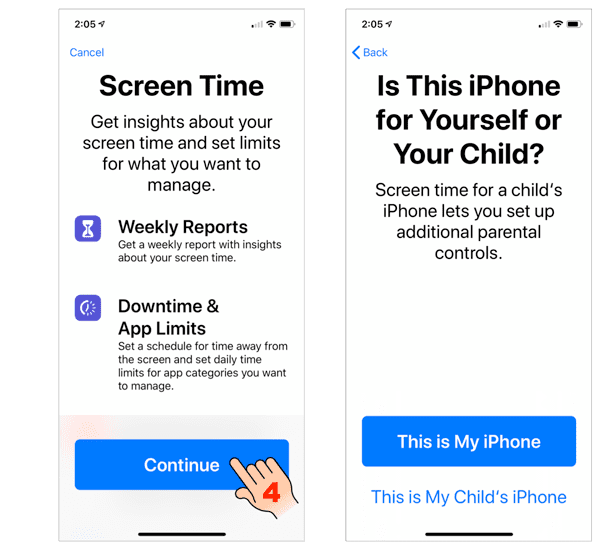 After you have turned Screen Time on, you can set Downtime, which is a set period of time in which your child will be blocked from using the iPhone, or App Limits, which will restrict certain app categories. You can also choose Content and Privacy settings, which are further explained below.

When your child’s device is on your Family Share iCloud account, you can make changes remotely from your (the parent’s) device, by tapping on a child’s name in the Screen Time section of the Settings app, listed under the parent’s own Screen Time usage. Alternatively, Downtime and App Limits selections for your child can be adjusted directly on their device by going to the Settings app and selecting Screen Time on their device. 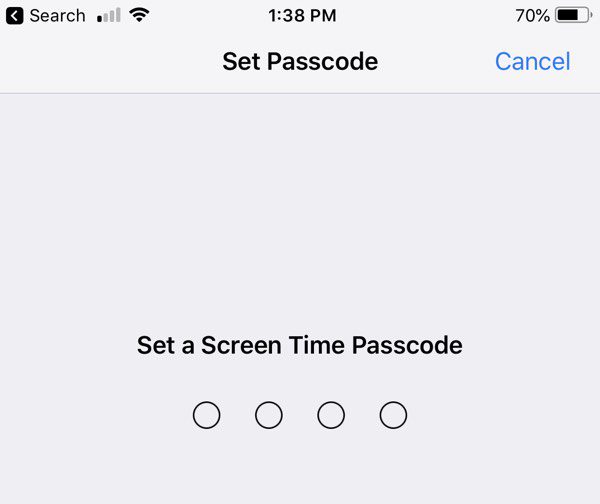 Parental controls only work if they are not altered by the child they are protecting. All of the App Limits, Downtime, and Content Restrictions are protected via a passcode. The passcode restricts changes to the Screen Time settings and must be entered to grant more usage time to children when limits have been reached.

Downtime is the feature parents have been asking for. Downtime sets a schedule that allows you to choose when your child cannot use certain apps on their iPhone or iPad. During Downtime, only apps that the parent designates in “Always Allowed” and phone calls will be available. I would recommend every parent to restrict social media apps like Snapchat or Instagram from being used during school hours. 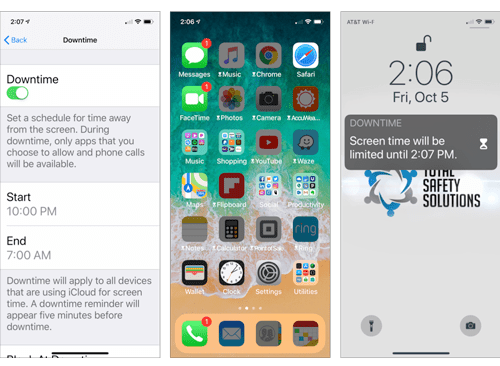 Most parents will likely want to turn on blocking for Downtime to prevent apps from being used entirely, but Apple gives you a non-blocking option when a parent wants their child reminded that apps shouldn’t be used at certain times.

During Downtime, all apps on the iPhone are grayed out with little hourglass locks on them, letting children know that time limits have been reached. Making and receiving phone calls are not blocked.

App Limits allows a parent to finely control how much time their children spend on certain categories of apps. 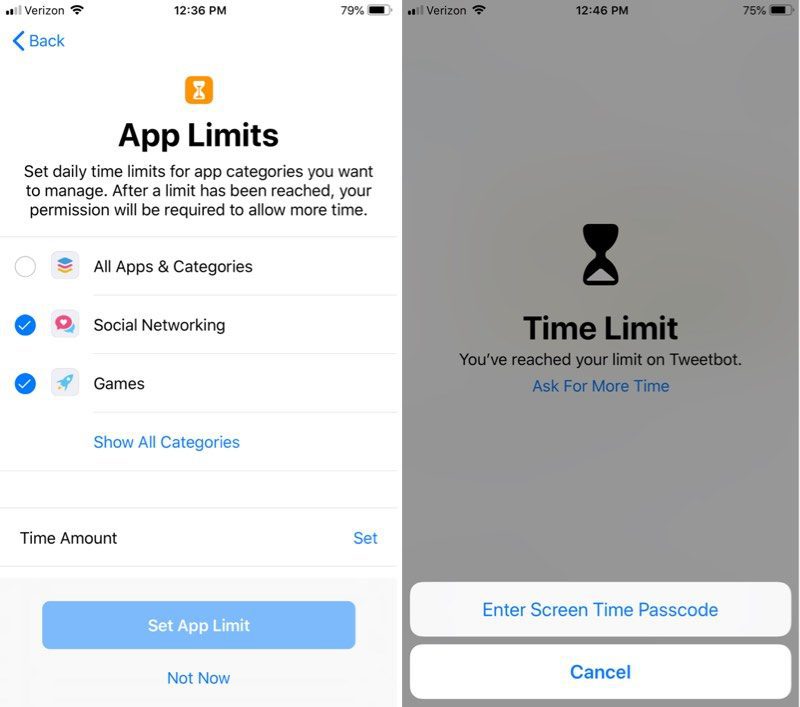 I have had many parents express their frustrations to me about their child getting sidetracked onto Youtube or on a game while doing their homework. Parents can now limit their use of these distracting apps on school days.

After the App Limit has been reached, apps will be locked with an hourglass symbol and a passcode will be required to enable more time. Children can ask for more time through the app. The parent can remotely approve or deny their child’s request for more time directly from their device.

As with Downtime, you can set less restrictive rules that serve as more of a reminder by turning off blocking with App Limits.

Apple makes Phone, Messages, FaceTime, and Maps as always available apps, but you can select any apps that you want through the Always Allowed app interface, accessible under “Always Allowed” in the Screen Time section of Settings on a child’s device. 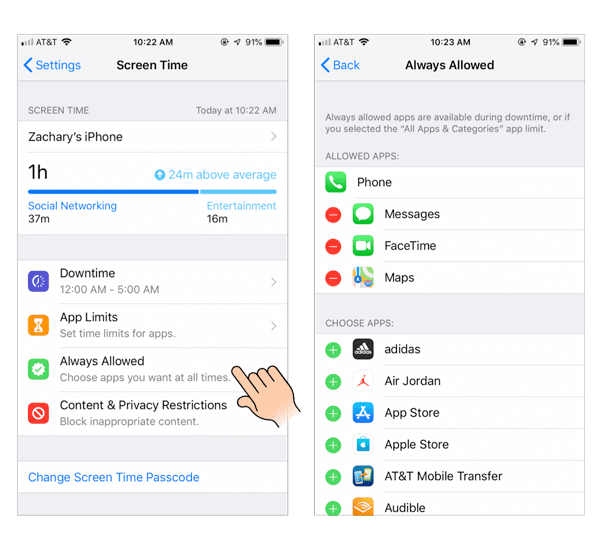 Parents may want to “Always Allow” apps that their children need for doing their homework or for their school day and then turn on Downtime during those times.

You can also remove access to all apps, including Messages, with the exception of the phone, which remains available to children in case of emergencies.

Content Restrictions are not a new feature. Apple has always given parents the ability to limit access to music, movies, TV shows, and apps that are inappropriate for their children, but these parental controls have moved to the Screen Time section of the Settings app. The new Content Restrictions have expanded to include preventing a child from changing the passcode on their device, restricting account changes, limit volume, and automatically turn on Do Not Disturb While Driving. 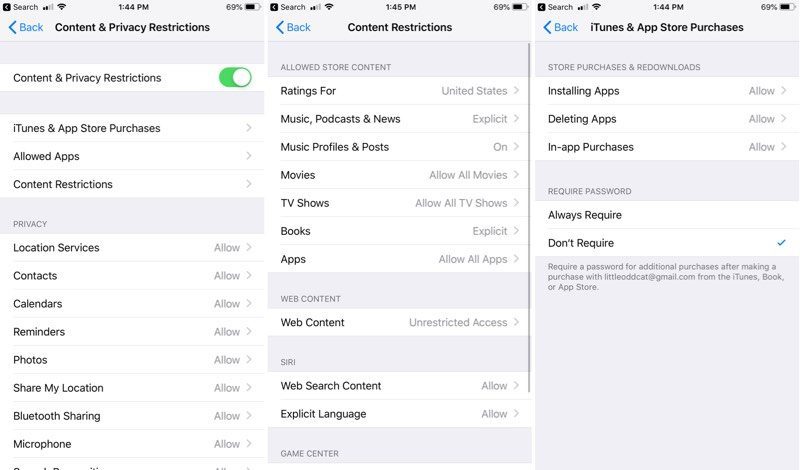 A parent can also set privacy settings for everything from location services (GPS) to advertising preferences. For example, if a parent wanted to make sure they could always access their child’s location, they can turn on Location Services and select Share My Location, and also limit GPS use on other apps. 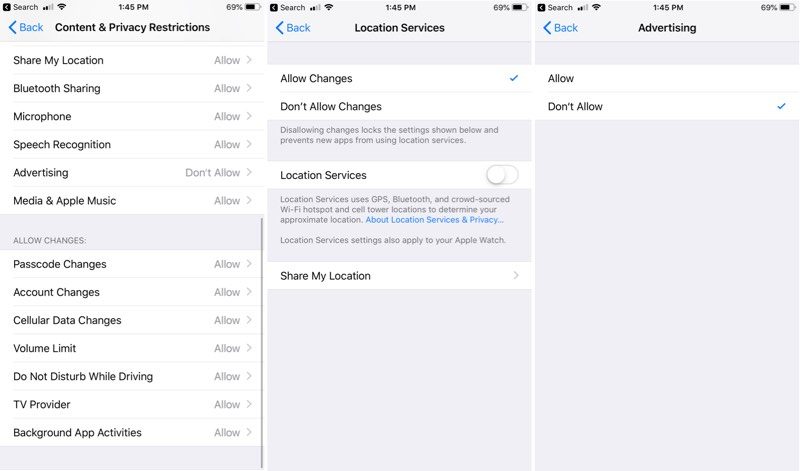